How Important is Security

By strategic | | No Comments | Blogs, Resources

Security should be your top priority simply because building a company takes excessive time and money that would be dreadful to waste. Over a period of time, there are valuables that are developed that require special attention from security professionals. Valuables that may include: high-quality hardware components, maintenance equipment, utility vehicles, and much more. Imagine when a company is too busy growing, criminals are busy plotting on the company pitfalls or weak spots. There are no doubt criminals can notice how important is security to an establishment. 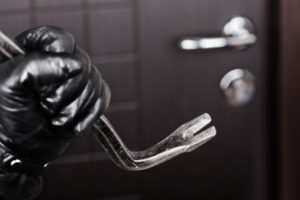 All that you worked for can easily be demolished by criminal activity simply because you decided not to put asset protection first. Did you know that break-ins are more likely to occur when there are security cameras but no physical security guard on the premises? Proven evidence are: cameras have blind spots, cameras are not considered a method of quick response, and they don’t stop crime immediately.

Implementing security solutions can play a huge part in business stability. Whether you’re operating a fortune 500 or multi-family property management company, each business has their own opinion as to what they consider assets to be. Suppose you left a million dollars sitting around at your establishment be honest, do you expect for the million dollars to be there upon your return? Our account managers are encouraged when speaking with potential clients that they discuss identical scenarios to help prospects understand how important security is to their business. If a million dollars is criticizing your character; think of a common scenario when criminals break into parked vehicles, due to items being left inside. One simple security patrol could have deterred the criminal and saved a once was loyal customer who is now pleading for the return of her missing laptop bag.

Criminals can detect when a business cut corners regarding security, criminals have special techniques to help them determine their next prey. For example, when professional criminals visit your location they look for valuables that can easily be taken. Criminals are very observant, they notice your vulnerability level. They detect if you have no security camera, neither security patrolling the premises, nor a security officer greeting at the entrance. As the criminal continue to walk around they determine your security weaknesses; they have already plotted their next move. They discreetly search for security cameras, and when they realize there are none on site, they add you to their victimize list.

When you least expect it; possibly months later, you arrive onside and notice someone has broken into the front entrance. The criminal entered to remove computers and other expensive systems. Just like all victims, we never think it will happen to us. Immediately you have no clue to point fingers, but no one is exempt from being under the radar.

How to reduce unnecessary operating expenses. When you lack security solutions, during a crisis you spend more time and money falsely accusing and pointing fingers. you are jeopardizing your business when wrongfully accusing your staff members. This can turn your business sour abruptly, making staff members feel uncomfortable causing a hostile work environment forcing them to quit. Instead of uncertainties, invest in a security solution that can help maintain the trust between you and your staff. Doing so can enhance the ability for you to keep your business in order.

Having an onsite security officer patrolling your premises can help prevent falsely accusing others, and can also stop you from wasting money on hiring new employees. Lack of security is a big deal similar to the domino effect. The faster you tackle it at the beginning the more money you save in the long run. Why wait until there’s a break-in to create a safe environment. Wasting money to replace visitor’s laptop bags could become very costly especially if it occurs often. Replacing belongings that were stolen on your property can cost more than a monthly service of security.

An example of wasting money on unnecessary operating expense; introducing our now long-time client Mary who own and manage a multi-family community. Mary was puzzled as to why her occupancy was unstable. Relatively, everyday residents were moving out of the 350 unit complex. The residents were claiming they were feeling unsafe when the office closes and throughout the night. The property was a middle class working community with majority women working overnight jobs, which caused them to be in and out of their apartments at late and early hours. After sitting down with Mary, it was easy to determine that the women tenants were mainly complaining there was no security to cater to their work schedules. consequently, residents were beginning to notice excessive break-ins after office hours and unusual vehicles with an anonymous person stationed in awkward locations of the property. 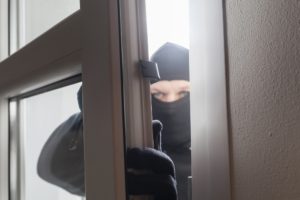 Frequently Mary would get complaints from individuals regarding possible intruders, but because there was no physical evidence of the reported allegations Mary bypassed each claim and became perplexed. We had previous experience dealing with similar situations; after speaking with Mary for approximately five minutes we knew exactly what the problem was.

Instead of Mary finding a solution to prevent residents from vacating the premises, she didn’t investigate the accusations and she didn’t take the concerns seriously. Residents were able to determine how important security was to Mary. When they finally had realized, the property was lacking security they had begun to use that to their advantage to break their lease.

Collaborating with a security company to create a support system. Based on Mary’s scenario, if she would have invested in security solutions before the problem had gotten out of control she would have sustained high occupancy. Maintaining occupancy has countless of benefits; credibility and keeping operational cost down are the two major reasons. We were able to help Mary gain sustainability and enhance the property quality by implementing a security solution catered specifically to her residence needs.

Building a relationship with an asset protection company such as Strategic Protection can effectively provide the support your staff members and residents expect. Safety should always be put first, to show others that you are concerned about their well-being and also to provide protection for valuables that you’ve worked hard for. Whether you’re an owner or property manager, always encourage security regardless if you can only afford one security officer for a few hours a day. Criminals become discouraged when seeing random security versus security cameras that don’t cover all perimeters of the property. Take advantage of a property analysis to determine what your security risk is.